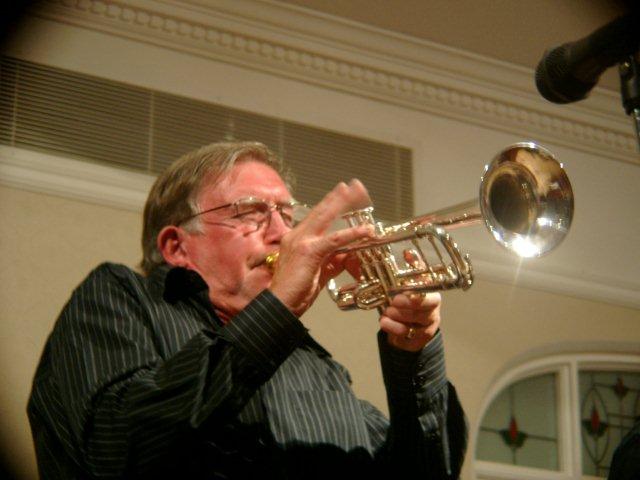 It's now over 65 years since I first discovered jazz!   I was in my early teens when my cousin, Brian, played me recordings of two of the great musicians of the golden age of jazz - Sidney Bechet and Jelly Roll Morton - on a wind-up gramophone.   I was immediately bitten by the jazz bug!   It was the raw excitement of the soprano sax playing of Bechet first stopped me in my tracks; but it wasn't long before I was marvelling at the music of some of the great early trumpeters like "King" Oliver, Louis Armstrong and Red Allen.   I soon discovered later recordings from the New Orleans "revival" period and the playing of "rediscovered" musicians like Bunk Johnson and Kid Howard of the George Lewis band particularly captivated me.    I just could not get enough of the stuff!   And I was not content with just listening - I wanted to play it too!

AND I'M DETERMINED THAT THE CORONAVIRUS WON'T STOP ME! 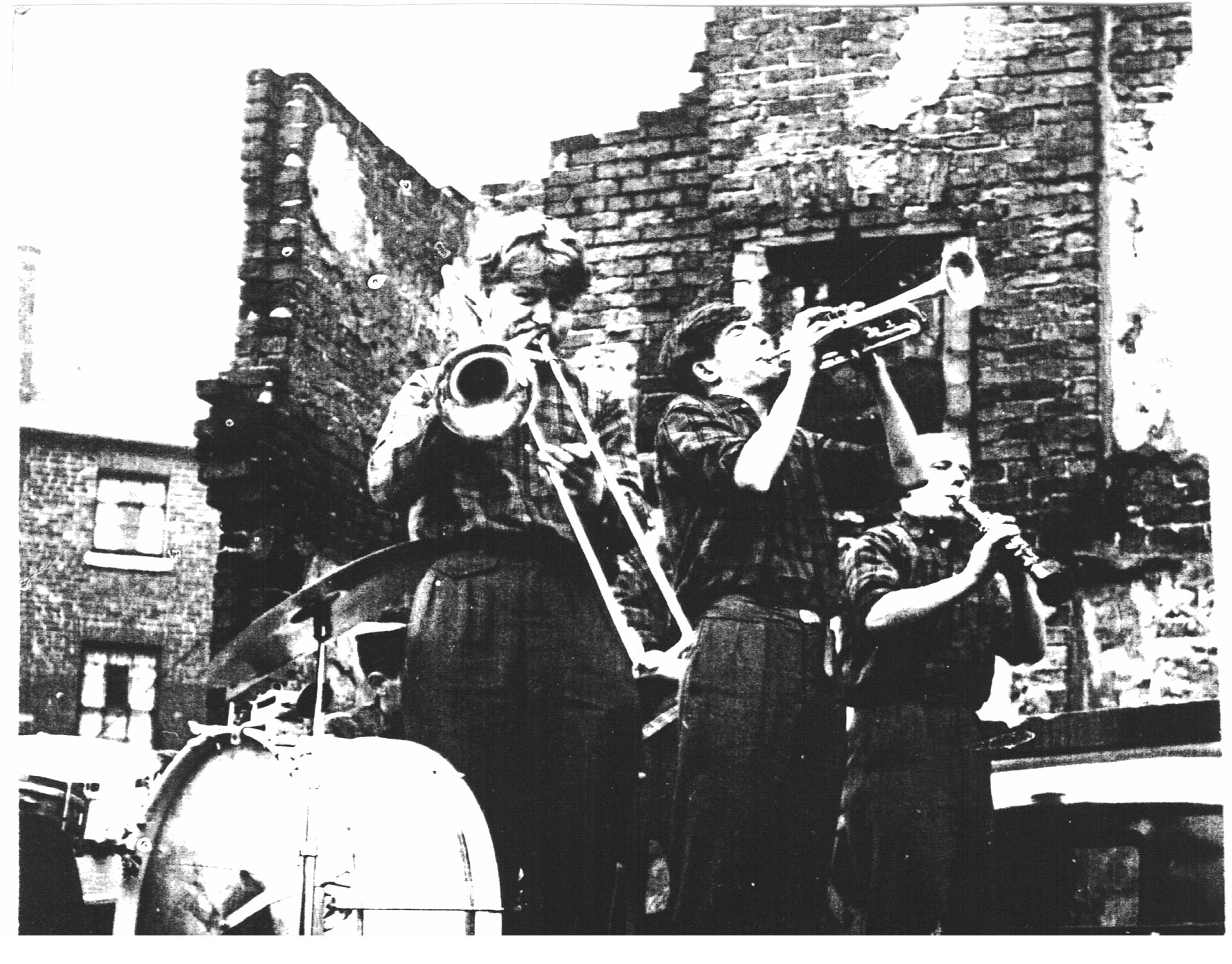 Sheffield 1955.   This is an old photo of my first band, the Gloryland Jazzband, playing on a stage erected on a bomb site on The Moor, Sheffield, as a feature of the Sheffield University "Rag Day" in 1955.   The unseen drummer is Dave Timmis, trombone - Cyril Preston, me on trumpet and Keith Jones on clarinet. 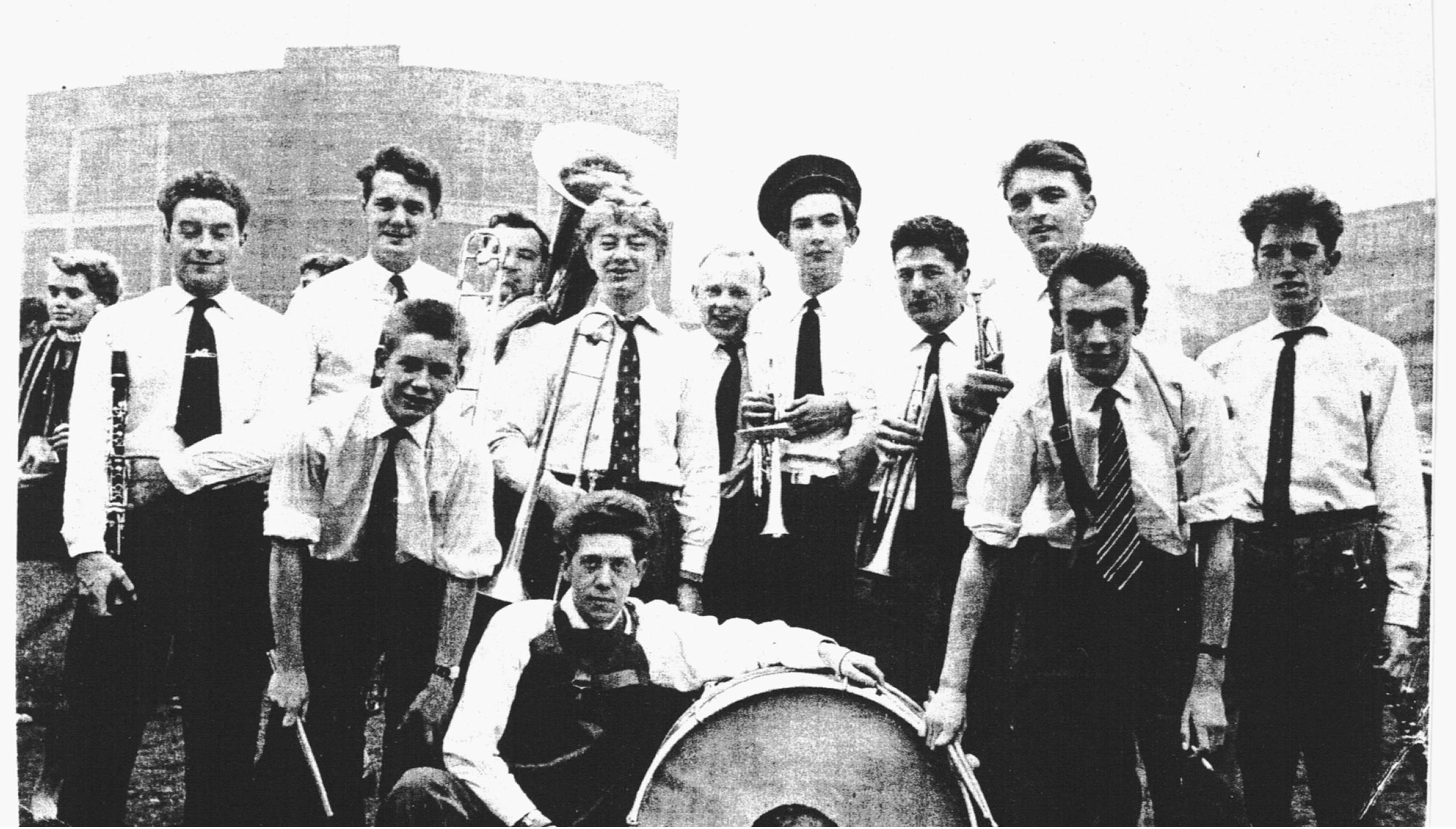 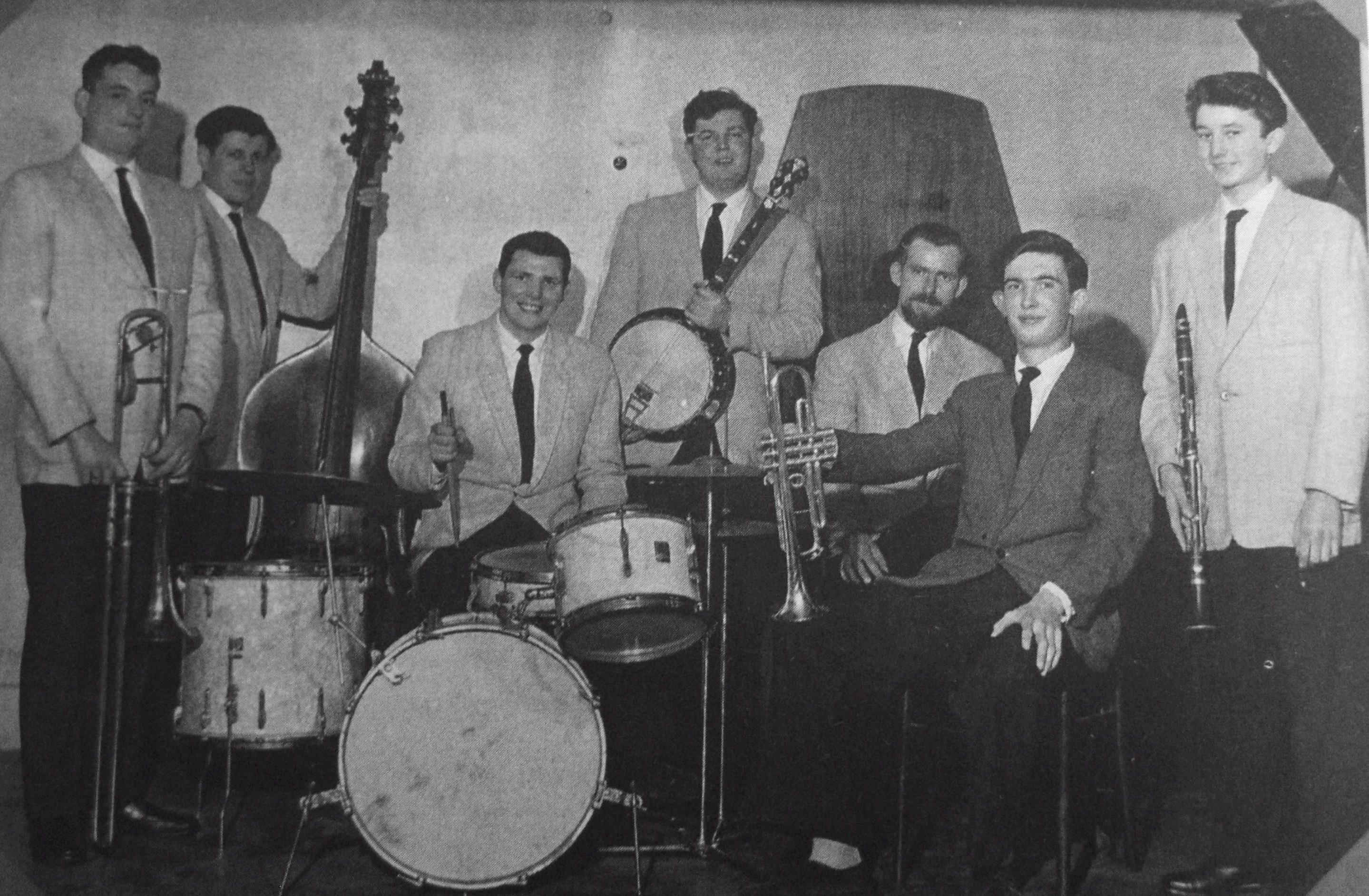 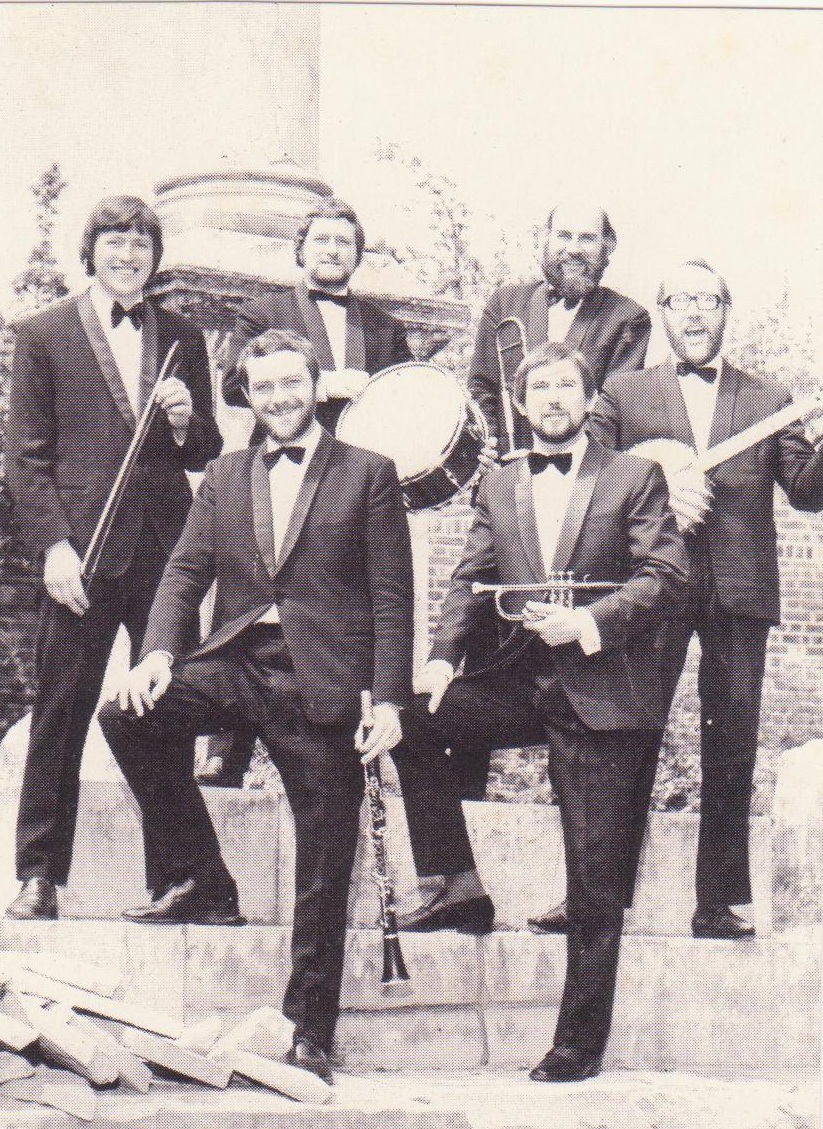 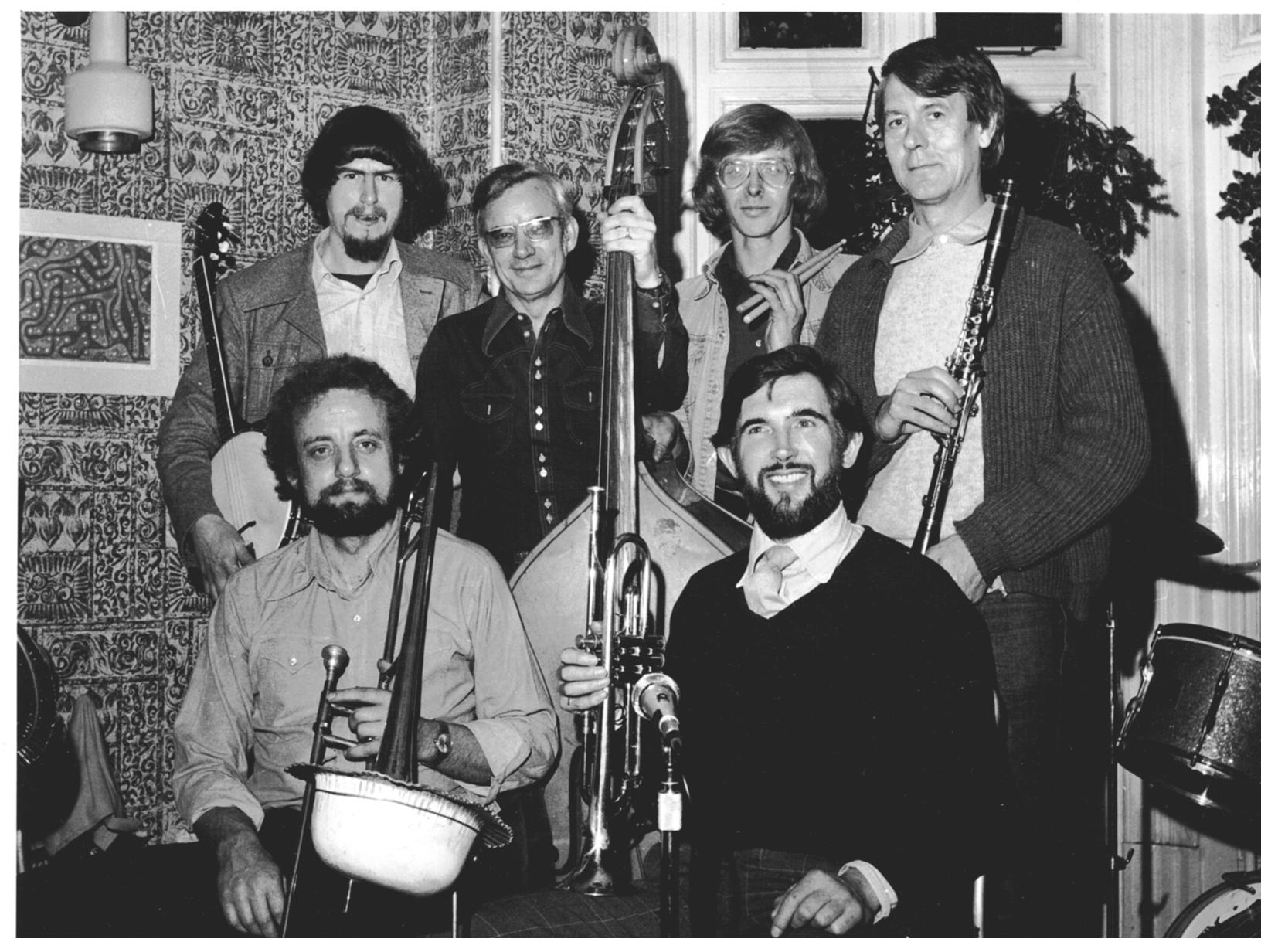 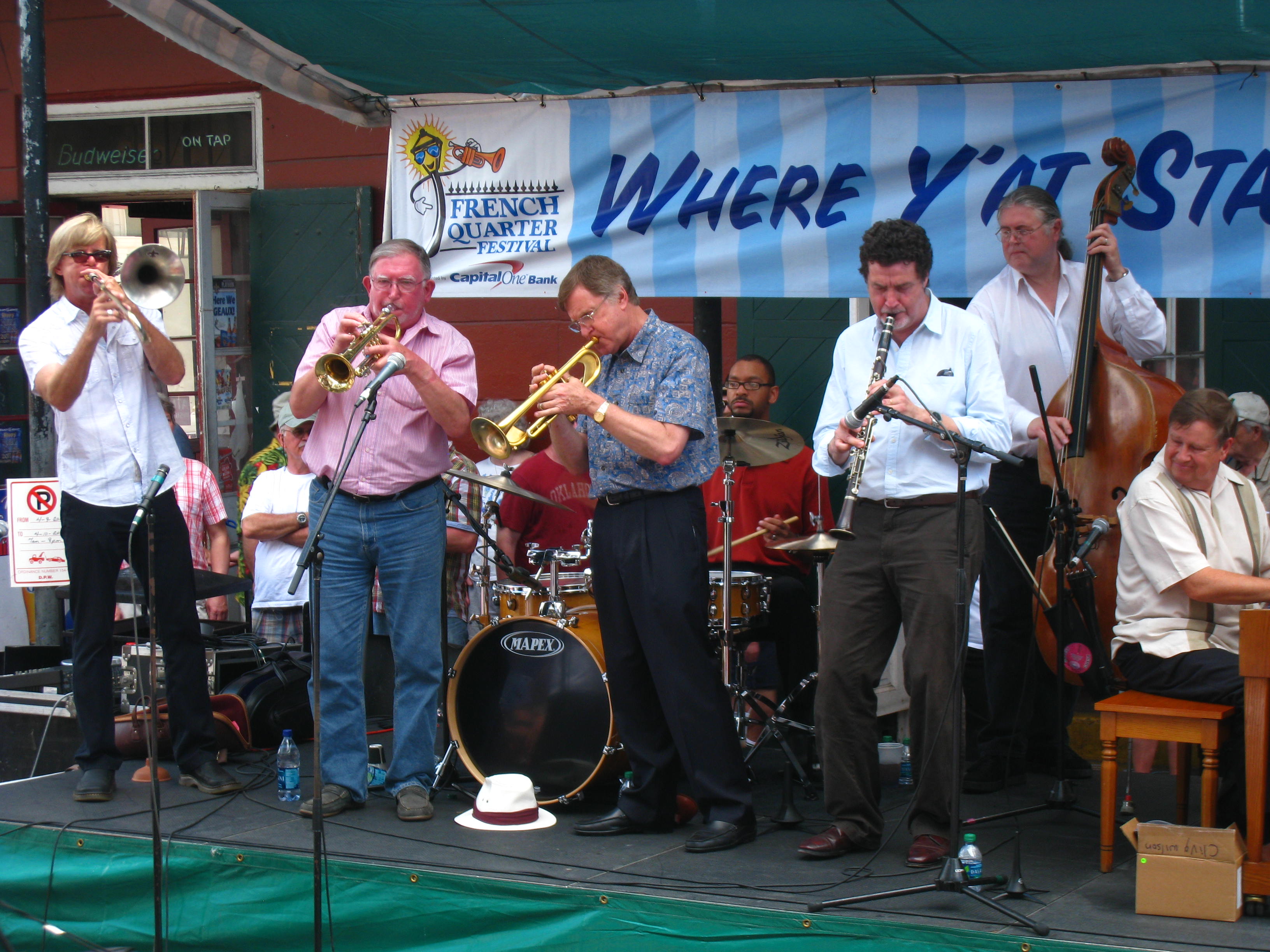 JOHN SHILLITO trumpet and bands for any occasion.     Serious jazz with a smile on its face!